Throughout the years, the hospital has experienced many changes. In 1974, through addition and expansion, a surgery wing was opened with 17 beds. Then, in June of 1978, a modern intensive care unit was opened with three beds. In 1993, the hospital underwent a $5 million dollar renovation.

In 2004, the hospital began expanding once again to enlarge the areas of physical therapy, cardiac rehabilitation, storage, as well as, the operating room and the family waiting room. During this expansion, the hospital's CT Scanner was brought into the hospital from an outside building.

In 2011, the lobby and the business office were renovated to reflect a more casual, welcoming environment.

In 2014, the hospital entered into a partnership with Navicent Health.

Today, the hospital serves as a 25-bed critical access facility to a community that has grown 3 times in population since the hospital first opened. The improvements over the years have enhanced our ability to provided professional, quality care with state of the art equipment, excellent support services, and functional departments.

With over 50 years experience, Putnam General Hospital, Navicent Health Partner is proud to be your community health care partner that offers high quality medical care to the Lake Oconee Communities. 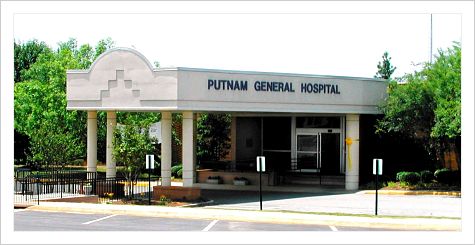